This has actually been up for about three weeks, but it was published through the M/M Romance group on Goodreads, and the mods asked us to keep it within the group for a while, so I’ve complied. I think it’s been long enough, though, so I’m posting to let everyone else know about it. 🙂

The M/M Romance group runs a fic-fest type event each summer, where anyone can choose a photo from the group’s collection, write a “letter” to the author explaining what kind of story they’d like, inspired by the photo, and then put it up for grabs as a story prompt. Prompts are first-come-first-claimed. I chose a photo of a young man in a suit sitting on the ground next to a motorcycle, handcuffed to it by his wrists. He didn’t look terribly upset to be in that situation, either. The prompt letter was as follows:

It happened so quickly and was so unpredictable and completely out of control. A last minute, scratch that, a last second business trip out of town. A surprise office party for the CEO at the end of the very first day. BTW, does he look familiar or is my second martini and jet-lag messing with me? Late night bar hopping after thatâ€¦ and who on earth suggested checking out a BDSM club while we were at it? Certainly it couldnâ€™t have been my idea; I know how to keep my kinks well hidden and under control. But here I am, chained to a bike like somebodyâ€™s pet andâ€¦ happy? Damn if I havenâ€™t seen that bike somewhere else up close beforeâ€¦ 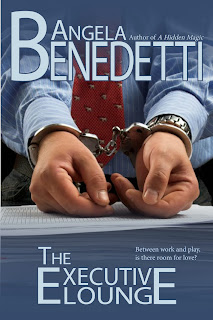